TEDxFukuoka Salon vol.1 – a Success! Thank you for joining us all!

Last Thursday on September 27, the inaugural TEDx Fukuoka Salon was held at

Bizcoli Library, Fukuoka City. Approximately 50 participants gathered to watch and vibrantly discuss three TED talks on a big screen in this modern, chic space along Watanabe-dori. Upon arrival, attendees were excited to see what thoughts and ideas the first official TEDx Fukuoka Salon would extract. Subsequently, after each TED talk, participants had the opportunity to converse in small groups and then share their perspectives with the larger audience.

The first TED talk the audience viewed was Jason Fried’s, “Why work doesn’t happen at work”. In this humorous talk, Fried emphasizes that people do not get much done at the office because they have little time for themselves. Instead, employees opt to complete tasks on various forms of transport or at home. This is especially problematic for creative thinkers who need long stretches of interrupted time to get meaningful work done. Fried even compares the use of social networking sites (SNS) at work to modern-day smoke breaks. So how can we tackle this obstacle? Fried recommends ‘No Talk Thursdays’, encouraging employees to use things they can put away, and canceling that next meeting if given the power to do so.  “Everything will be fine,” he assures. 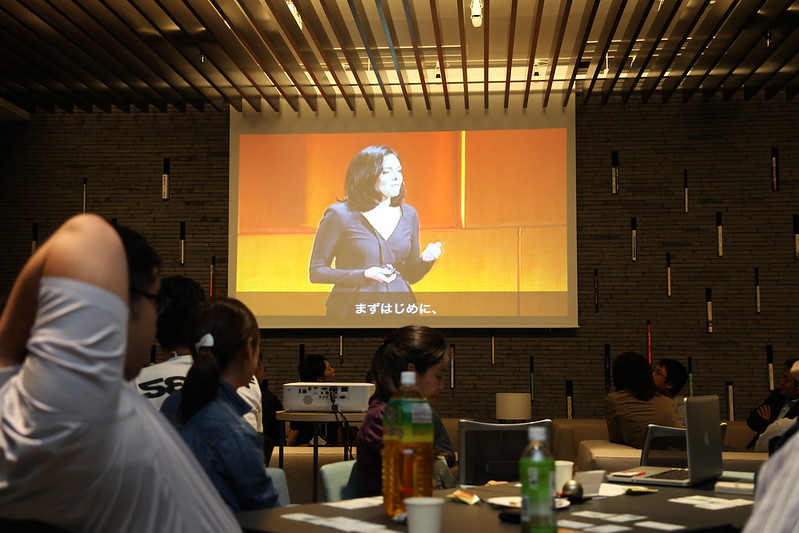 The evening’s second TED talk, Jacek Utko’s “Designs to save newspapers”, revolved around the potential extinction of newspapers. Utko opened with the bold statement of, “There’s no practical reason for newspapers to survive”. TED talks are all about spreading ideas and innovation so, of course, he goes on to explain how design can save the newspaper industry. He enthusiastically provides several examples of how the physical design of a newspaper can not only improve the overall product, but switch up one’s work flow, change the individual, and turn the product around. 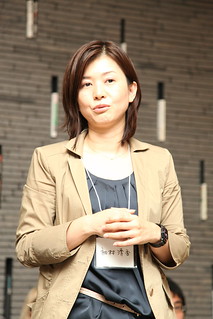 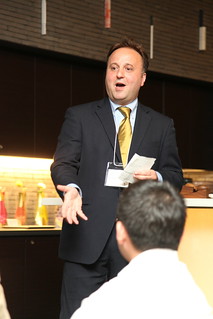 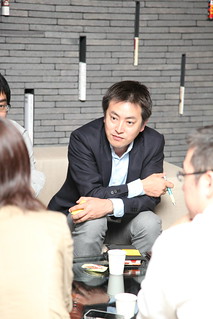 A short, lively discussion followed and everyone was blown away by a.) how cool and trendy the examples of re-designed newspapers looked and b.) how that one aspect transformed the entire company. One small group pointed out that it would be stylish to simply carry around one of those re-designed newspapers.  The newspapers themselves are unique works of art, another group member explained

The last screened TED talk was Sheryl Sandberg’s, “Why we have too few women leaders”. Facebook’s Chief of Operations (COO) immediately threw out a devastating statistic: “Of 190 heads of state, only nine are women”. Sandberg proceeds to stress that women face harder choices between professional success and personal fulfillment (especially as mothers), thus making it more difficult for them to infiltrate the corporate board room. She emphatically pushes women to “sit at the table” and to make their partners real partners. Sandberg finally focuses on the need for women to negotiate for themselves and to reach for that promotion at work. 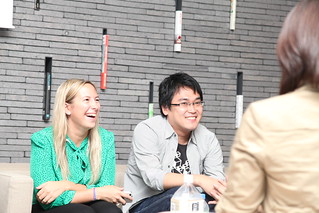 In the stimulating discussion that ensued, one attendee was struck by how similar workplace experiences are for women in the United States and in Japan.  She revealed that she expected the two countries to differ in this area. Several participants also agreed that men and women need to change and develop simultaneously in order to increase the number of women in leadership positions. A few felt that deciding how to raise children together factors into the debate as well. One suggested way of ameliorating this problem was to ask your partner about doing things you want to do yourself all while raising children. 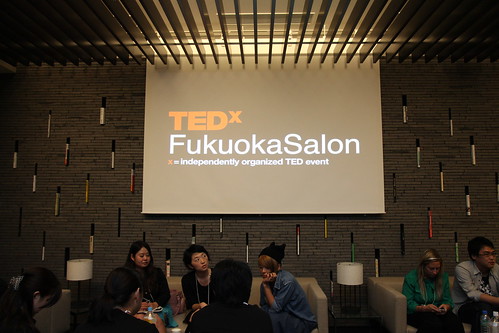 Thanks to TEDx Fukuoka organizer Joe Okubo’s brief description of TED’s history and an extremely positive first salon, it was clear participants are eager to see how TEDx Fukuoka ups its game the next time around. These thought-provoking TED talks and their corresponding discussions left the audience yearning for more of the TEDx experience. Fortunately, the TEDx Fukuoka staff aspires to create and enhance just that! We were impressed by the wealth of ideas and energy the professionally-oriented audience brought to the table. Additionally, staff members hope to bring live speakers to TEDx Fukuoka events in the future, attracting numerous YouTube views of these talks posted online. In this way, organizers and staffers also aim to promote the cosmopolitan city they love – Fukuoka!